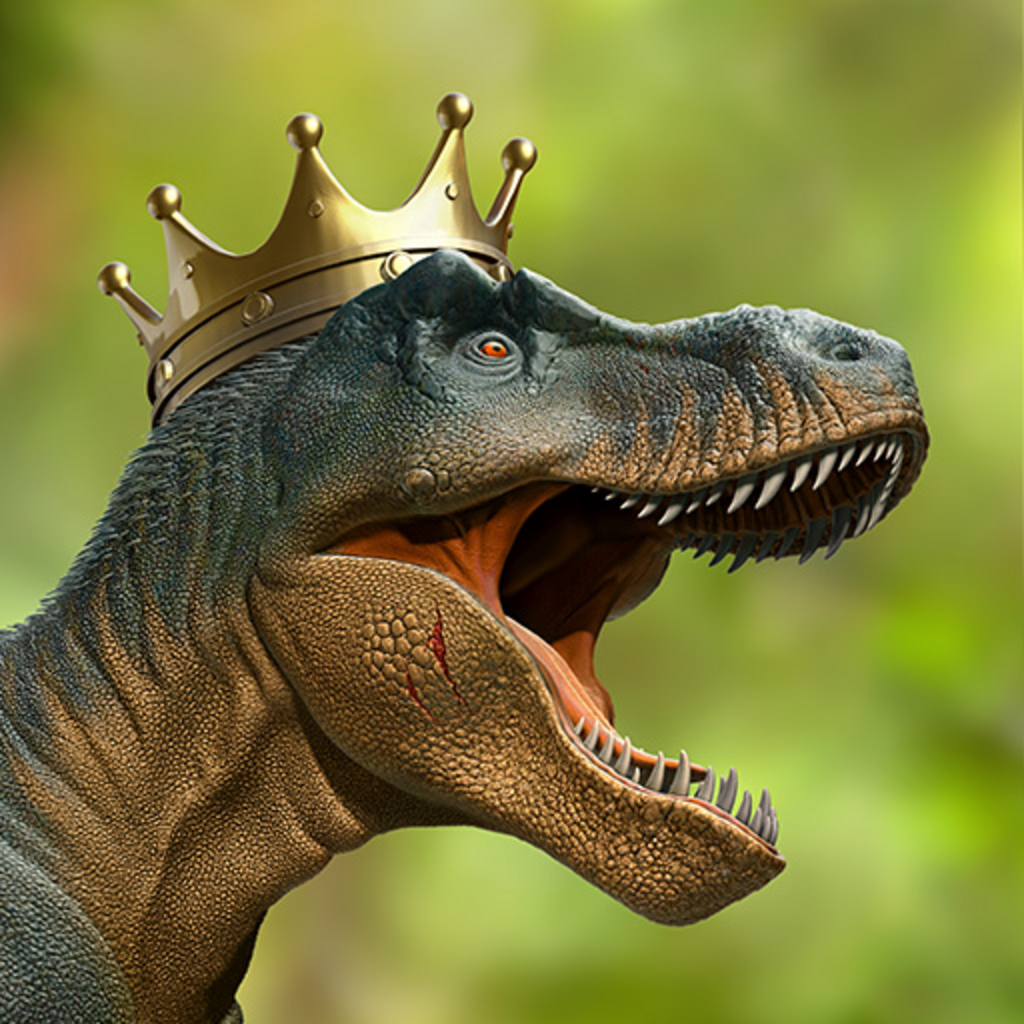 Dinosaurs Kingdom This is the first phase of "Dinosaurs Kingdom" NFT collection, by professional Paleontology artist Mohamad Haghani. Three times winner of “FUNDACIÓN DINOSAURIOS CASTILLA Y LEÓN”‘s yearly International Dinosaur Science Contest in 2016, 2017 and 2021. Haghani's artworks are displayed at the “University of Michigan museum of natural history’s evolution gallery” and “Western Australian Museum”. His artworks has been published in noted magazines such as “National Geographic”, “BBC FOCUS” and “Prehistoric Times”. Scientific accuracy with visual appeal for Paleontology aficionado. Haghani has been a passionate Paleontology illustrator for more than ten years and counting. You can check out the roadmap of "Dinosaurs Kingdom" NFTs via Mohamad Haghani's official website. Ceratosaurus was a carnivorous theropod dinosaur in the Late Jurassic period. Ceratosaurus was a medium-sized theropod. The original specimen is estimated to be 5.3 m or 5.69 m long, while the specimen described as C. dentisulcatus was larger, at around 7 m long. Ceratosaurus was characterized by deep jaws that supported proportionally very long, blade-like teeth, a prominent, ridge-like horn on the midline of the snout, and a pair of horns over the eyes.
Kategori yok
Alt Kategorisi yok